A Cashless Future for Latin America

June 2, 2022 6 min read
A global hotspot for technology and growth, Latin America has become a hub for new and expanding businesses. But what does the future hold for the region as cash begins to deplete and alternative payment methods are on the rise? 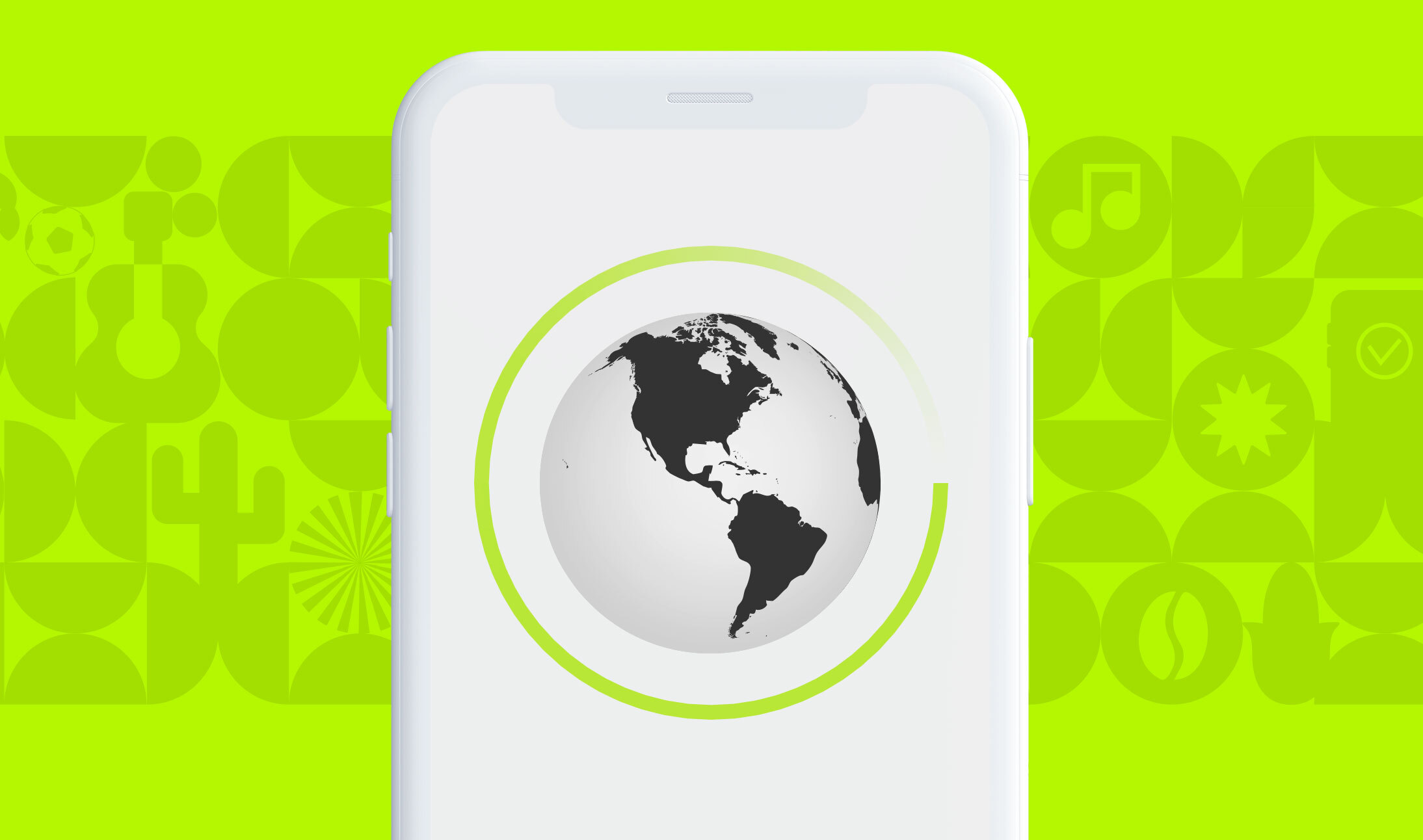 You’ve probably heard of The Weeknd, global singer and icon. In 2022 he released his hit ‘Is There Someone Else?’ and it struck a chord with us because it made us think of the world of finance. Weird, right? But looking objectively, we see him confronted by an unfaithful lover who wants to address that something is wrong. The ‘unfaithful’ lover – insatiable consumers. So, who’s the betrayed? Cash. Digital consumerism has reared its head in Latin America, showing rapid growth as we have similarly seen in Sub-Saharan Africa over recent years. With so much evolution to digital alternatives, cash in hand begins to deplete as a preferred payment method. There lies our heartbreak tale, summarised in The Weeknd’s 2022 song.

Cash: Oh, is there someone else or not? ‘Cause I wanna keep you close. I don’t wanna lose my spot

Much like in a loving relationship, a sense of security is key and in ecommerce it’s no different. Brazil and Mexico are the strongest ecommerce markets within Latin America, with Brazil’s market being worth $147.6 billion and Mexico’s ecommerce market being worth $49.6 billion in 2021. Recent years have seen an adaptability of marketplaces and demand, led by technology, facilitating a shift of international players engaging locally, whilst local ecommerce players venture internationally.

Driven by an increasingly digital-savvy population, booming smartphone penetration, and local fintechs, Latin America is the current big thing for local and global e‑commerce that want to tap a market where e‑commerce is expected to continue growing beyond its sales growth of 37% to $85bn in 2020. Recent penetration and expansion of digital payment solutions have borne the long overdue inclusion and access to global possibility that LatAm has been thirsty for. The most common way to pay for online purchases in South and Central America is by card, used in 60% of online purchases. 14% of the region’s population use bank transfers and 11% e-wallets.

But why the shift to cashless?

Cash is used in 17% of transactions across the region. Usually, this involves a customer choosing a cash-payment method at the online checkout. The checkout generates a unique code for their transaction, which they take to a participating brick-and-mortar store. Once they pay, the store sends the payment to the e-commerce merchant, which then releases the goods for shipping. This includes Boleto Bancário. With digital commerce taking the lead, categories begin to take the lead with Latin Americans moving online for delivery of physical goods, travel (including airline, bus tickets, rentals, accommodation, etc.), and digital goods (gaming, music, streaming, in-app purchases, cabs, subscriptions, etc

Alternative payment methods like Boleto in Brazil, cash vouchers in Mexico and other APMs filled with their perks, convenience, and security are seemingly more attractive to consumers. The seduction of APMs was an easy affair, leaving cash as the side piece that nobody wants to admit they have. *Queue The Weeknd* “I know that you’re hiding something from me. That’s been close to your heart, and I felt it creeping up every day”. A dagger to the heart, right? Well, whilst cash may have felt the impending doom as tech has encroached on its space, the sense of betrayal snuck up pretty fast after the pandemic, leaving cash feeling like more of a side piece than garlic bread. In 2021, Latin Americans saw a huge reduction in the number of those who are unbanked in Brazil, with the introduction of Pix by the Brazilian Central Bank and free digital bank accounts launched by Caixa Econômica Federal (CAF). CAF’s solution really isolated cash as account users couldn’t withdraw or transfer the funds from their digital bank accounts for a month but were able to use them for digital transactions. On the other hand, Pix has become a raging success, thanks to its inclusive solution, bridging the gap between access to ecommerce and substitution for cash. Research has shown us that since the lockdown, over 100 million Latin Americans have shifted from a primary reliance on cash, to bank accounts or equivalents. *Consoles cash as we check our online bank accounts*

We’ve begun to see fund moving in various forms as cash seeks to break its form and expand. Well, in reality, cash will always remain in society as a fiat currency, but funds have begun to shapeshift. Pleading for a chance with the innovation-hungry consumers of Latin America, we hear their pleas in The Weeknd’s song Is There Someone Else?   “And I don’t want to be a prisoner to who I used to be. I swear I changed my ways for the better, the better”.

Changing ways? Well, digital wallets and bank transfers (mostly real-time payments, such as Pix in Brazil and PSE in Colombia) have shown traction in the region and were expected to represent 18% of purchases by the end of 2021, as stated by AMI. In other words, we are seeing a digitalisation of alternative payments in Latin America, which has continued to evolve because of the appetite shown by consumers. At the end of 2021, we saw from the Open Banking Expo that already 98% of Brazilian, 94% of Mexican and Colombian, and 89% of Argentinian bank customers are making regular use of bank apps and online banking services. So what are the preferred choices, leaving cash as the unrequited lover?

2019 saw the launch of CoDi in Mexico, a 24-hour instant funds platform created by Banco de Mexico. CoDi was designed to be a cash substitute that was backed by the government because it became clear consumers were moving to solutions where they could seek advantages with services that mitigates chargebacks and secure movement.

Created by the Central Bank in Brazil, in efforts to regulate and create payment arrangements in the height of digitalisation in Latam, Pix has become a trusted provider. Pix has been widely adopted across Latin America, with its initial growth between 2020 to 2021 being just under 850%. The solution allows instant payments between different institutions where the payment happens in real-time, available to users 24/7. In essence, it’s convenient, always there for consumers and respected – it’s really not looking good for cash…

Pay by link is an already well-established method of moving money in LatAm, and will continue to grow, particularly as a solution for young merchants. During the pandemic, merchants working through brick-and-mortar businesses had to rapidly adapt to digital sales as an alternative way to keep their businesses alive. Whilst many succeeded, being thrown into the operation of online payments wasn’t as easy for all, the option of generating personalised links to request payments and offer a sense of connectivity has supported the method’s success. Merchants and consumers were able to share links via message or social networks, taking the customer to a checkout page for safe and simplified purchasing.

Wallets are already known by 80% of Brazilians, and approximately 63% have used this payment method at least once. Digital wallets are a popular method globally, as well as LatAm because they facilitate a secure way to make purchases without divulging data to third parties. Customers who are uncertain about the security of a website, for instance, would have the reassurance of additional protection against fraud or data breaches. Over the years, digital wallets have also become popular thanks to their convenience with contactless payments.

Whilst the method may be relatively new to the LatAm region, they are becoming increasingly popular because of the access to mobile internet and increasing number of online purchases. Essentially, consumers are able to make purchases without the visibility of cash, and don’t require a bank account with digital wallets. Their popularity has meant that companies are now offering consumers benefits, such as cashback and a safe account to have salaries paid in to.

As mentioned above, digital wallets are taking storm, and so the purchase of mobiles is inevitable to bring connectivity to various payment methods. Progressing from carrying hard wallets in pockets, Latin America has been driven by mobile device usage, with the devices accounting for up to 70% of web traffic. And is further expected to increase to 80% by 2025.

Domestic Credit cards: local-only credit card networks, and international card brand cards that are restricted from international use by the issuer. Debit cards , debit cards have gained their share of relevance in Latin America and became the third payment method in the region’s e-commerce in 2020, sustaining this position in 2021, according to AMI data. With new authentication protocols that pushed their enablement on e-commerce, plus the surge of fintech issuers across the region, debit cards are accelerating by an average of 40% in the last two years in LatAm, surpassing cash-based payments

Cash continues to fight, as seen with Boleto Bancário, cash vouchers. Despite its limitations, it is still a chosen payment method, but with the popularity of APMs such as Pix, it will continue to increase its market share because of its convenience and added advantages.

13 million Latin Americans made their first e-commerce purchase in 2020, during the height of the COVID-19 pandemic. E-commerce volumes across the region grew by 37%. This e-commerce boom was particularly pronounced in Argentina, which saw a 79% increase in online purchases. This growth is already attracting increased investment from e-commerce leaders.

Latin America is a young, thriving region with much to explore on the front of digitalisation. With only 56% of the population being banked, in comparison to the vast online population of 456 million users. With so much growth to experience and the region’s open arms to new technology, the relationship with cash becomes a stage of first heartbreak. With the region learning from its experience with cash and moving on to more secure, convenient and innovative technologies, we see the shift to a cashless Latin America. And thus, Is There Someone Else? comes as a the perfect musical comparative, explaining the shift, heartbreak and growth. 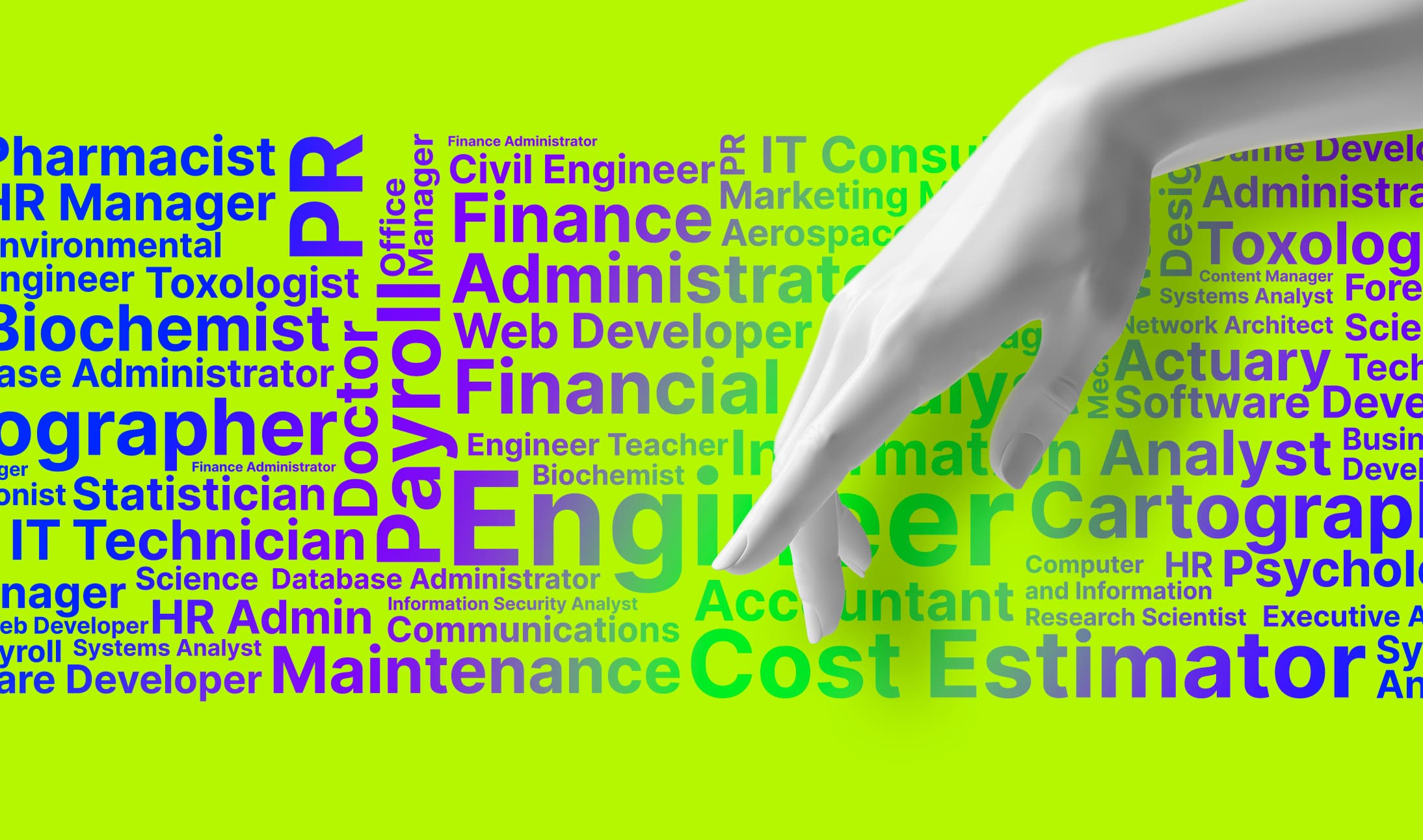 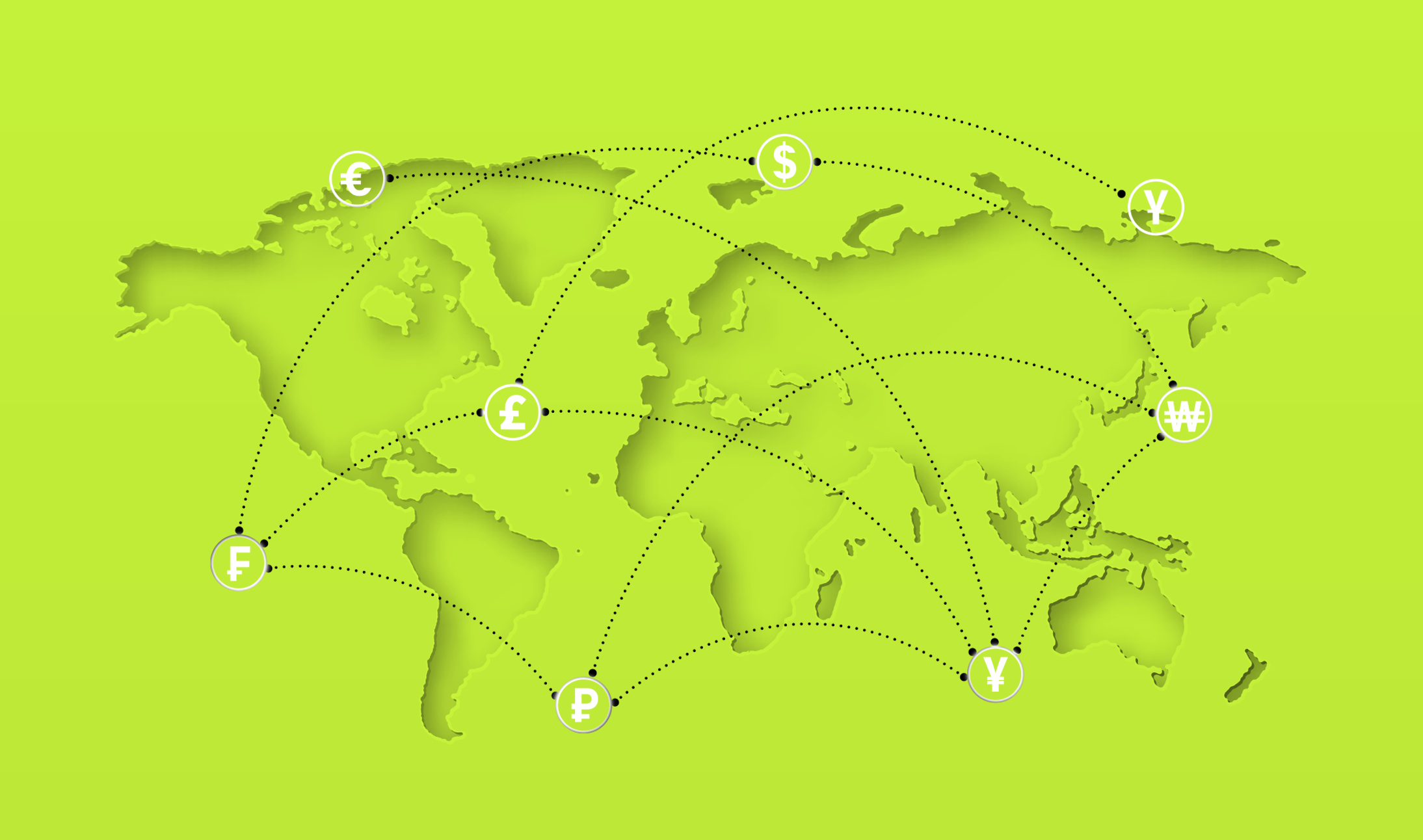 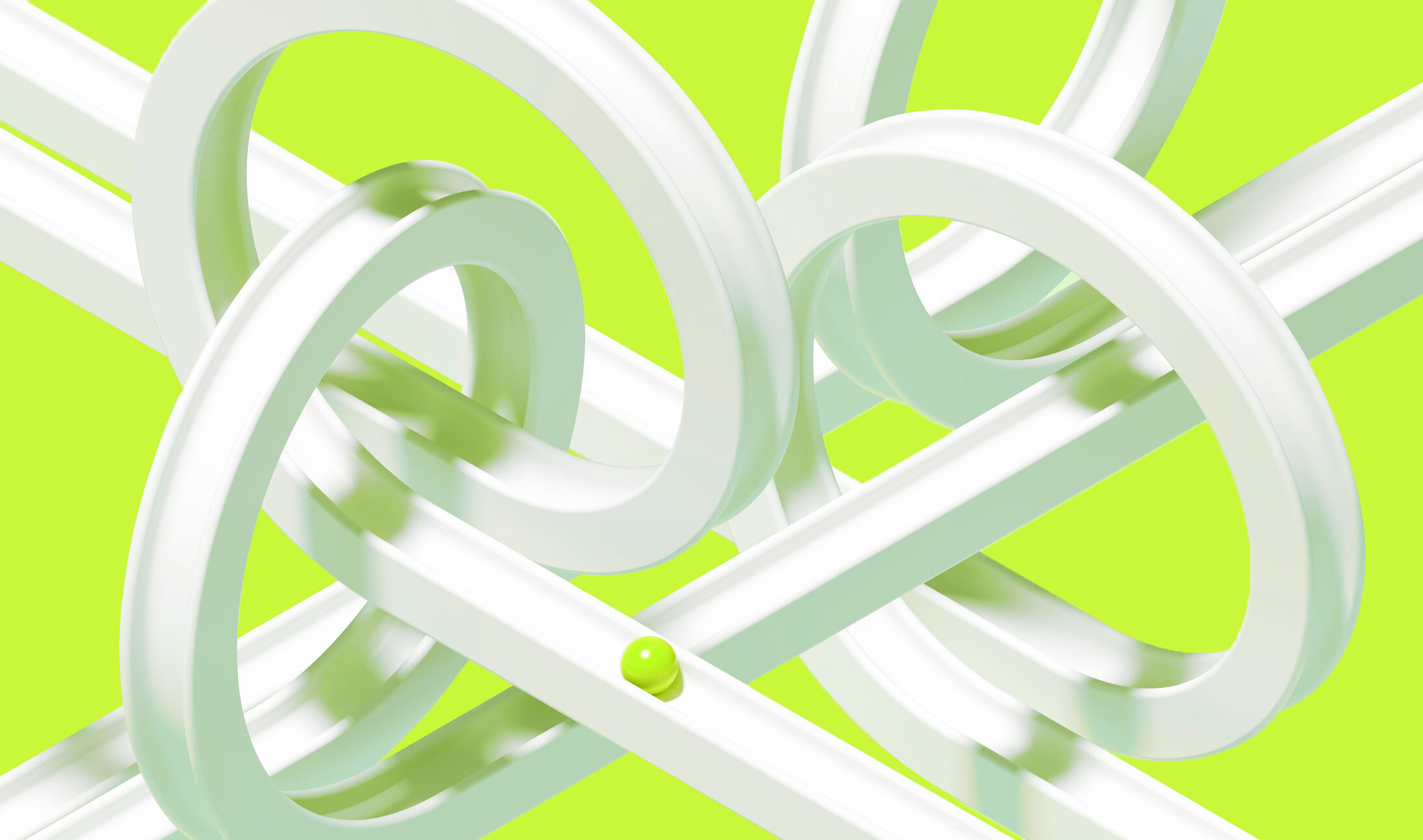